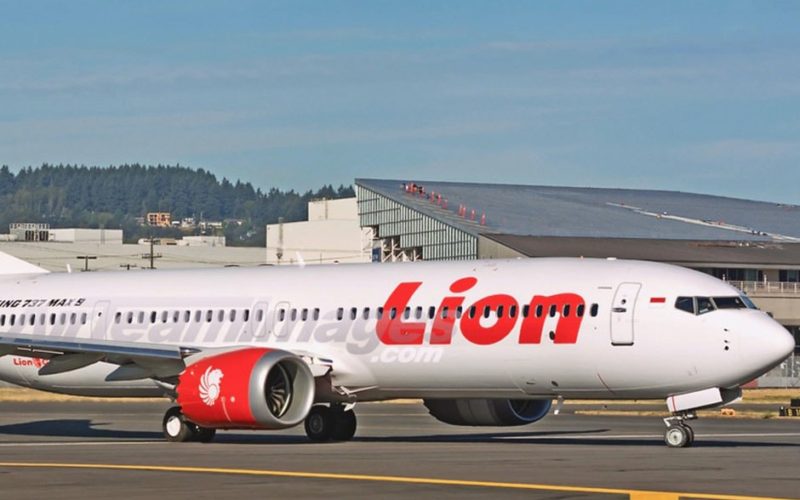 “Having two crashes in rapid succession with no survivors is really unprecedented in modern aviation history,” said Chesley “Sully” Sullenberger III, the retired pilot who landed a jet in the Hudson River, as reported in the New York Times on May 15, 2019. He went to say, “This is going to be a huge hit to Boeing. What they need to do now, is behave in a way that proves them worthy of the public’s trust.”

While the authorities are still investigating the causes of the two fatal crashes, a review of the substantial reporting to date suggests there are two critical lessons we can learn from these tragedies.

Speed is good, short-cuts are not

For some companies, mistakes can be annoying to customers, negatively impact earnings and in some cases, affect the company’s overall image. For other companies, in addition to these problems, the outcome can be much worse. Human lives are lost. As customers, we expect that safety is of paramount importance for manufacturers of cars, trains, planes and other essential modes of transportation.

Between the crash of the Lion Air flight in October and the Ethiopian Airlines flight last month, 346 lives were tragically lost. As the story of Boeing’s 737 MAX unfolds, a key question to be answered is whether safety was sacrificed for speed and cost. Here is a brief summary based on a review of the substantial reporting in the past few weeks that may shed some light on this issue.

Since the original 737 went into service over 50 years ago, several significant changes were made over the life of this model, and the plane is now used more than any other in the United States. Just as Boeing was considering whether the 737 had run its course and a new single aisle jet should be developed, Airbus announced the A320. Realizing that developing a new plane from scratch would take too long, it decided to create the 737 MAX. Launched 2 years ago, the plane has over 5,000 orders on the books. While many advanced technologies and electronic systems were incorporated into this plane, they needed to be engineered into the older, more mechanically designed 737. This is somewhat analogous to upgrading a 100-year-old home with a high-level electronic monitoring system to track everything including a furnace that is 50 years old (I know from personal experience).

Boeing apparently resisted making certain changes that would have resulted in higher costs and time delays for certification from the authorities. Additionally, the airlines wanted the upgraded planes to be similar to the current model so that they could avoid significant training costs for their pilots in flight simulators. Systems were made to work together to solve problems, but often these solutions created other problems that had to be solved.

Back to the issue of safety, immediately after the first crash, customers, probably for the first time, were searching online to learn which aircraft type they would be flying on before they made their reservation – they did not trust flying on the 737 MAX.

While the investigations remain underway, what is clear is that the 2 fatal crashes appear to be linked to a failure of the MCAS anti-stall system, which the pilots were not able to turn off in time to fly the plane manually. As of this writing, several U.S. airlines have announced that they have cancelled all flights using this aircraft until early August, Boeing has cut production and several class action lawsuits have been filed against Boeing. It is unclear when the plane will be recertified. And Boeing’s closing stock price on April 15 was $375, down 14.5% from a high of $439 on February 28. In retrospect, the 737 MAX design approach may turn out to be a very expensive short cut for Boeing in the near and medium term.

Every company experiences crises – it’s an unavoidable reality about being in business. How leaders manage these crises is what counts. Many leaders are accustomed to a decision-making process that requires extensive data and analysis, consideration of all options, consultation with both internal and external experts, examining the risks and benefits of each alternative, etc. While this approach may work in normal situations, it clearly does not work in a crisis.

In a crisis, the key to success is to make the best decision (when you do not have most of the facts) as quickly as you can and communicate it as simply as you can. A good way to think about this last point is to assume you are going to explain this to your ten-year old nephew. Done well, this approach can “make” a company, while the traditional approach can cause further harm.

I think that the best example of successfully dealing with a crisis is how McNeil Laboratories, owned by Johnson & Johnson dealt with what was called the Tylenol crisis. In 1982, seven individuals suddenly died in Chicago over a few days period. Investigators determined that each one had taken a Tylenol capsule that was recently bought from local drug stores. At that time, no one had died from taking a Tylenol capsule anywhere else – those were the facts. And here begins an amazing story.

Within six days of the first death, James E. Burke, the CEO of Johnson & Johnson announced the complete recall of 31 million bottles of Tylenol products, nationwide, effective immediately. “In a 2004 Wharton School Publishing Book titled, Lasting Leadership: What You Can Learn from the Top 25 Business People of Our Times, Burke emphasized the value of the J&J credo, dating back to the company’s founding in 1887, which stated that the company is responsible first to its customers, then to its employees, the community and the stockholders, in that order. “The credo is all about the consumer,” Burke said. When those seven deaths occurred, “the credo made it very clear at that point exactly what we were all about. It gave me the ammunition I needed to persuade shareholders and others to spend the $100 million on the recall. The credo helped sell it.” (knowledge.wharton.upenn.edu. 2012)

Tylenol, whose market share was more than 35% of the over the counter pain relief market, slipped to under 8% within weeks after the recall. But within one year, Tylenol bounced back to be the leader and was credited with numerous innovations as a result of the crisis including tamper-proof packaging.

Let’s contrast the Tylenol situation with how Boeing has handled the 737 MAX catastrophes. Following the Lion Air crash in October, Boeing did not say very much, and they certainly did not indicate that they might be at fault. It was only after the second crash that they began to address the problem, but even then, they were tentative with their response. They originally chose not to ground the planes. However, on March 13, they had to and said this:

March 13, 2019 – Boeing continues to have full confidence in the safety of the 737 MAX. However, after consultation with the U.S. Federal Aviation Administration (FAA), the U.S. National Transportation Safety Board (NTSB), and aviation authorities and its customers around the world, Boeing has determined — out of an abundance of caution and in order to reassure the flying public of the aircraft’s safety — to recommend to the FAA the temporary suspension of operations of the entire global fleet of 371 737 MAX aircraft. (Boeing website)

CHICAGO, April 5, 2019 — As we work closely with customers and global regulators to return the 737 MAX to service, we continue to be driven by our enduring values, with a focus on safety, integrity and quality in all we do. We now know that the recent Lion Air Flight 610 and Ethiopian Airlines Flight 302 accidents were caused by a chain of events, with a common chain link being erroneous activation of the aircraft’s MCAS function. We have the responsibility to eliminate this risk, and we know how to do it. As part of this effort, we’re making progress on the 737 MAX software update that will prevent accidents like these from ever happening again. Teams are working tirelessly, advancing and testing the software, conducting non-advocate reviews, and engaging regulators and customers worldwide as we proceed to final certification. (Boeing website)

Where is the Boeing credo? Where are the values of safety and customers? Where are the principles of quick, clear and decisive messaging? This crisis will take months, if not longer for the situation to unfold, and Boeing in the short term will be in the cross-hairs of many.

In conclusion, short-cuts are not a good substitution for legitimate speed and when a crisis hits, throw out the business as usual play book.