The Executive and the Window Washer 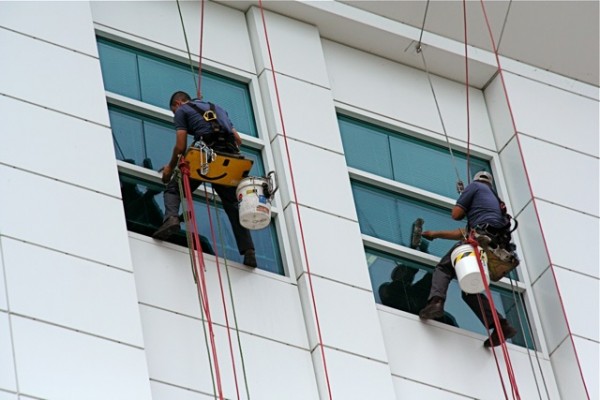 When people ask me what I mean by being an engaged leader, I usually start by telling them a true story that serves as an example. This is one of my favorites:

Many years ago I was hired to run the card, travel and travellers checks division of American Express for the UK and Ireland. I had been sent there to turn around the business. During my first week there, I entered my office one morning early to find a man in coveralls standing inside. I greeted him and introduced myself; he turned out to be the window washer. His name was John and he had been there for 25 years. Since I was getting coffee for myself, I got John some too, and after the man got over his initial shock at my being interested in talking to him, we began to chat. Like the proverbial fly on the wall, John had been inadvertently soaking up everything that had been going on in the company while he was washing windows, and I soon discovered he was a treasure trove of information.

We spent the next 45 minutes having a truly amazing conversation, at the end of which he said, “I’m sorry, guv’, but I have to get back to work or I’ll be in big trouble with the boss.” I thanked him, and asked if he would like to have a cup of coffee in a month and he said he would.

After that initial encounter, I met John for coffee on a regular basis. I went to a pub after work to have a beer with him a couple of times and also invited him to our Christmas party. My leadership team, who would occasionally spot John leaving my office, could not understand why I was wasting my time taking to this window washer. They probably thought it was some American idiosyncrasy.

The thing is, I learned more in my first meeting with John than I could have ever learned reviewing reports, or even talking to my team. In spite of his limited schooling, John was very perceptive about what was going on in the business. Not surprisingly, he didn’t have the business vocabulary to describe things in professional terms, but he had the smarts to accurately diagnose the issues and even had helpful insights about people on the team. I’ve always felt so lucky to have had this experience early on, because it opened my eyes to the value of reaching out and connecting with people at all levels.

Moral: It’s important to get in the habit of talking to everyone around you–whether it’s the receptionist, the janitor or your boss’s assistant. Increase your peripheral awareness. Be like a detective who never knows exactly where he will find the most important clue. Look high and low, top and bottom–and in the middle too.